For those who remember Action Team....Digital Fun Friday is a little bit like that!

It's an online competition designed to be played on your iPad instead of on the stage. Play at any time before it closes......and it could close anytime after lunch, so log on and get started as soon as you can!!

This week's challenge: So You Think You Know Your Teachers?

Staff Profiles are available here if you need help....the hints may lead you to the right teacher!

You must use your Hillview Student Login and Password to view the form. Check with a teacher or the office if you do not know this. It is usually your first initial, last name (asmith@mpcsd.org).


If the form doesn't appear below, please click here to be taken directly to the game.

After weeks of planning and preparation for the movie night, the night had finally arrived.
Lines of bustling 6th graders entered the PAC to buy candy, brownies, and cookies, then headed into the PAC to play lots of fun games before the movie. As a tradition, the 6th graders did not know the movie. They were surprised by the posters and decorations with the theme of the movie: The LEGO Movie!

The 8th graders in ASB decided on the movie a week before. The Lego Movie was a
great movie about growing up and being yourself, suitable for movie night. Many students
seemed to enjoy it and had a great time at the movie night. Approximately 210 students
attended. Before ASB played the movie, they played two games.

–Omniken bounce: the entire crowd had to bounce the giant Omniken ball from the
bottom of the seats in the PAC to hit the wall.

–The rubber face challenge: ten volunteers had to get a rubber band from under their
nose to their neck.

After those exciting games, it was time for the movie. The crowd cheered, and laughed, and sang the songs. They enjoyed assorted candies, such as Snickers, Twix, peanut and regular M&Ms, Skittles, and so much more. During the Intermission, they bought soda, chips, and slushies!

Overall, the movie night was a success! The sixth graders had a blast, and the ASB had a great time too! 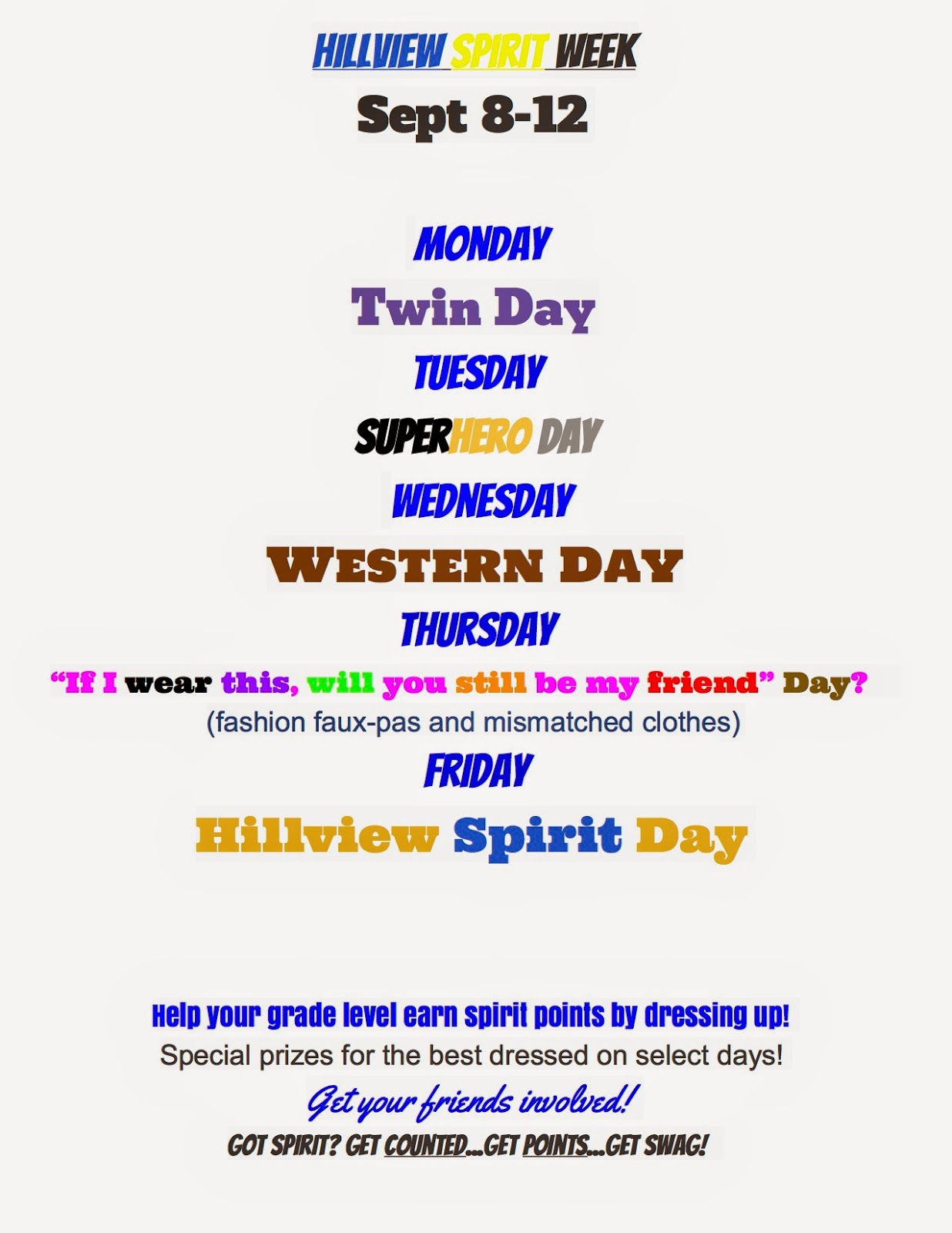 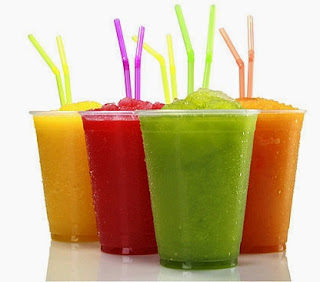 A new school year, a new ASB, and sooooo much to report in one blog post!  Here is a summary:
Slushies on sale at brunch!
You asked and we listened! Slushies will be on sale everyday at brunch instead of just one day a week. These delicious, fruity slushies are $2 and are on-sale at brunch each and everyday while supplies last. Just show up to the student center.

The Student Store officially opens! Thanks for your patience as we received our PE clothes order late. If you still need/want PE Clothes, see Mrs. Fichou in the new blue Student Store. We have a new shipment of small sizes coming in soon! Also for sale in the student store are snacks at brunch, stylus pens, pens, and more!

Spirit Competition! It's time to kick off the spirit competition for Hillview! The new year brings some changes including a revamped scoring system with a variety of games, both digital and live on-stage, for the bold and the less bold, for the techies, the athletic, the witty, the dancers, and the brave...we have something for everyone this year! Many Fridays will include spirit challenges that you can compete at lunch or even at-home depending on the event. Use your wits, your nerves, your teamwork, and your determination to defeat the competition and score spirit points for your grade! May the best and most spirited grade win an exciting field trip to Cinemark Movie Theaters where we will rent out a private movie theater just for the winning class, provide you with ICEEs, popcorn, and candy, and then finish things off with a picnic party bash complete with music, a dj, games, and lunch! More details on your student council corner soon... 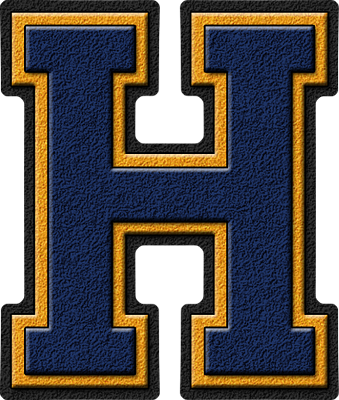 Block H with a new and improved point tracking system! Click on the Block H tab above and read all about how you can score points for school and service involvement! This is easier to understand and we've narrowed it down to two major cateogories and combined all existing points (so don't worry, you didn't lose any!!). If you want to check your point totals, check in with Mrs. Fichou in the student center at brunch or lunch!
Posted by ASB at 2:29 PM No comments: